NASHUA, NH — W.H. Bagshaw Company, Inc. was named “Small Business of the Year” by the Greater Nashua Chamber of Commerce on Thursday June 3rd, 2021. They were nominated by Kristin Hardwick, co-owner of Coworking House in Milford, who provides freelance marketing services for the company.

“I nominated the Bagshaw Company after being completely inspired by how they took care of their staff during the pandemic,” says Hardwick. “As a spouse of an employee, and a fellow business owner, I got to see firsthand the effect of their policies, and how much work went into the efforts made by Bagshaw management. Adria and Aaron are leaders, setting the example for the next generation of business owners in NH.”

The Eminence Awards Luncheon was the first in-person event held by the Greater Nashua Chamber of Commerce since the Covid pandemic shut down live networking events. It was also the first event held under the new Chamber President and CEO, Wendy Hunt.

W.H Bagshaw President Aaron Bagshaw, Vice President Adria Bagshaw, and Operations Leader Josh Hardwick were there to receive the award. Their commercial lending partner Enterprise Bank was one of the event sponsors, and members of their team were also honored and featured. Senior Vice President Lori Piper was honored as Volunteer of the Year finalist, and Assistant Vice President Kira Morehouse spoke on the “Celebrating Our Diversity” Panel. 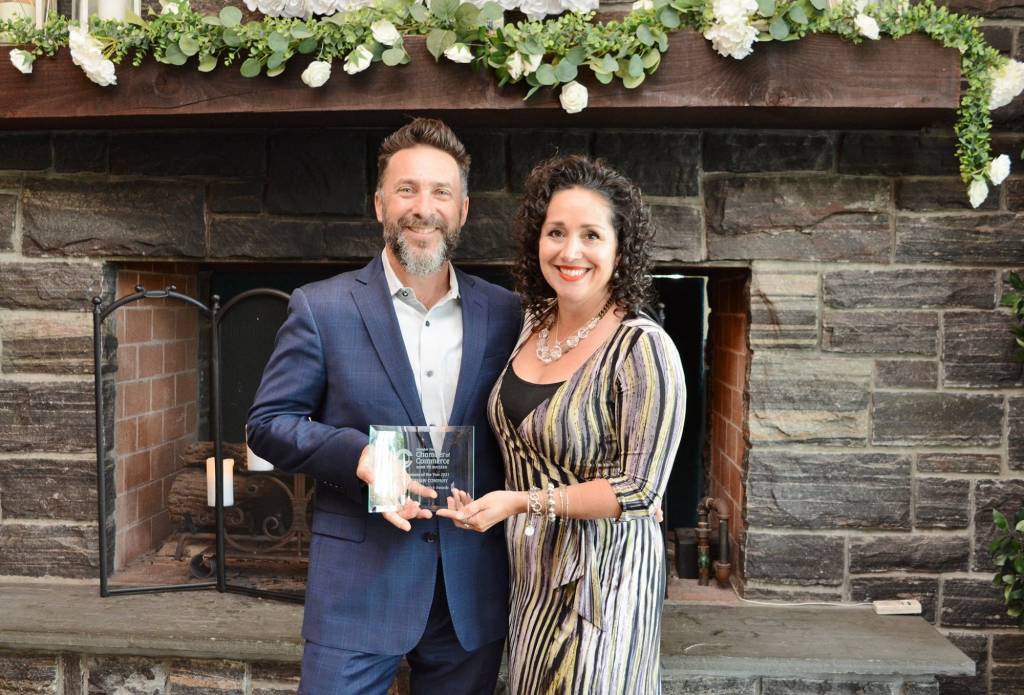